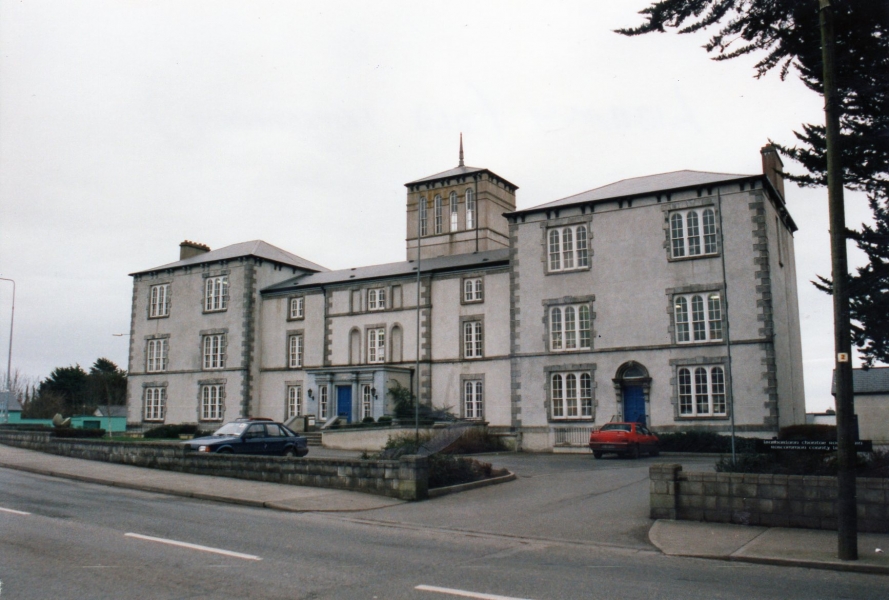 In July 2011, we won a tender for a plastering contract for the refurbishment of Roscommon Library.

One of the most modern Library Headquarters and Branch Libraries in the country, Roscommon Co. Library is housed in the building known as the Old Infirmary. This impressive building was built in 1783 from an endowment from Mrs. Laetitia Walcott, a woman of considerable substance. The original building was of limestone, three storied over a basement, with slated roof and plain limestone dressings around the windows. The two symmetrical pavilions on the North and South ends of the central portion were constructed after 1832. The South Pavilion incorporated the physician’s residence with an entrance to the front of the building, with carved door case and steps. Other renovations were carried out to the building in 1902 and 1929. It continued to be used as a hospital until 1941, when the new county hospital was built. Major reconstruction work began in 1989 and was completed at a cost of £1,200,000.

Much of the project involved lime plastering to the interior brickwork walls of the tower section of the building and other areas. There were 2 floors in this section with period windows on both floors overlooking the historic town of roscommon. The aim was to provide a breathable lime render to the original brickwork interior walls in this historic landmark building. As the tower section was the highest point in the building 3 floors above the main building it was quite exposed to the elements making it more crucial to provide a breathable render to protect the integrity of the structure.

Following initial inspection at tender stage our plasterers made another site inspection to plan the project. The walls were generally in good condition. They were fairly dry and would require some cleaning in areas.

A couple of small areas were pointed out to the main contractor that required replacement of bricks that were damaged but nothing major.

Some walls were not level and would require extra rendering to bring them out to a level surface.

We anticipated that it would take approx. 4-5  weeks to complete allowing for maximum drying out time in between coats.  We agreed to monitor the weather which so far was promising favourable conditions.

It was decided to use St Astier Natural Hydraulic Lime NHL 5 for the greatest strength and durability for the scud and scratch coats.

Any hollow or decayed render was hacked off and any loose pointing was raked out and replaced prior to rendering. Then, the wall was brushed to remove loose materials or debris.

It was allowed to cure for 4 days. Each day in between it was sprayed with light mist of water to keep the plaster moist in between curing.

This coat was left well keyed.

It was allowed to cure for 7 days.

Again,  Each day in between it was sprayed with light mist of water to keep the plaster moist in between curing.

This coat was left well keyed.

It was allowed to cure for 9 days

Likewise,  Each day in between it was monitored and sprayed with light mist of water to keep the plaster moist in between curing.

This coat was allowed to cure for 8 days.

Pvc arch beads were used at the 8 long arched window reveals. Pvc beading were chosen throughout as  metal beading could be prone to rust.